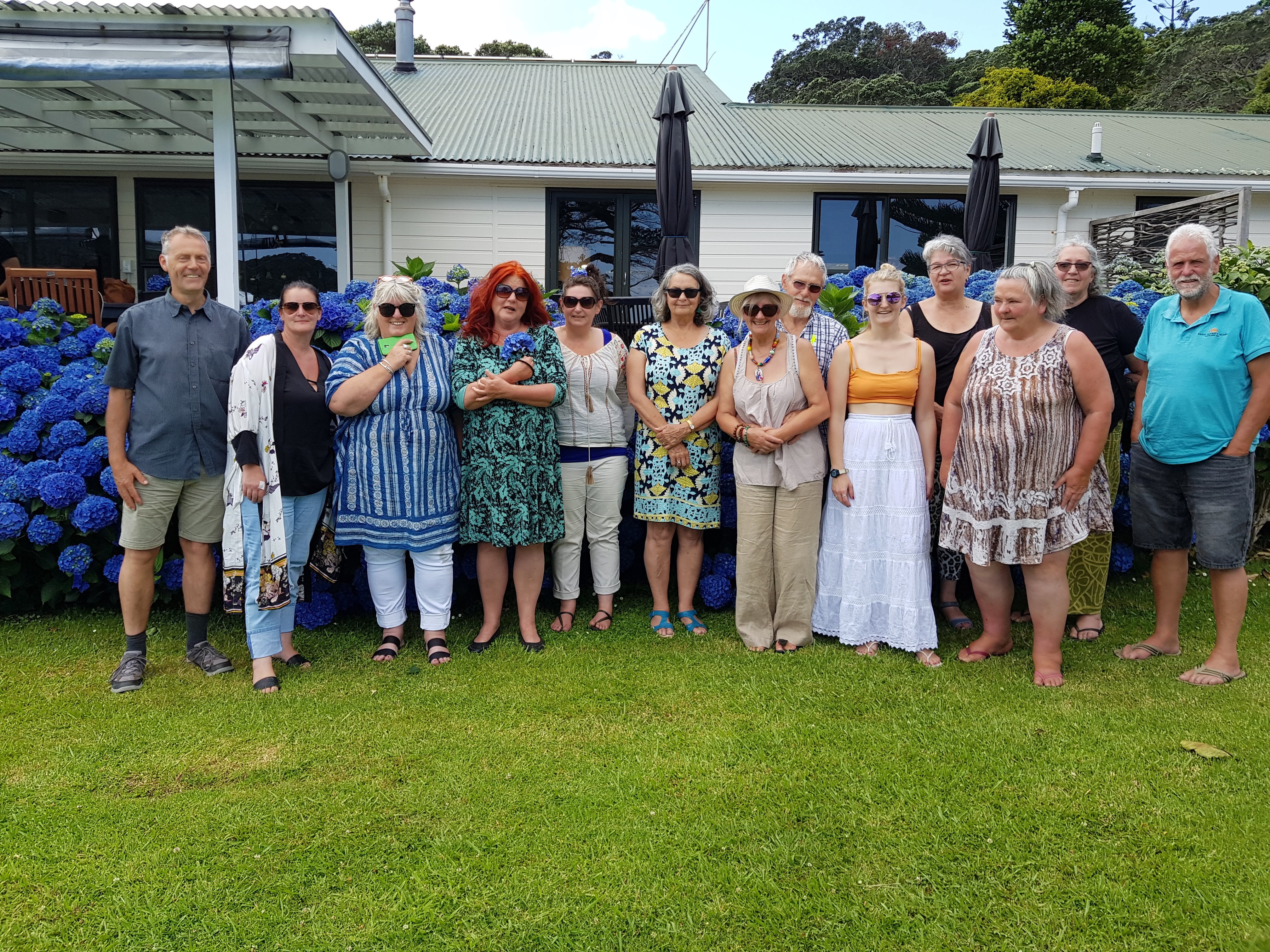 Lisa Eves is our Chair and office coordinator. Since June 2020 she is also the Senior Services Coordinator. Lisa grew up on Great Barrier Island, was a student at Mulberry Grove primary school and then also did 3 years of high school through correspondence. Lisa lived in Taranaki for 20 years raising her 2 boys, before returning home in 2010.

Sue Eves was a founding member of the Trust and has been a trustee again since 2012. Before that she was the Family Services Manager for 18 months. She is the mother of 5, to date has 15 grandchildren and is already a great-grandmother.

Norm Winger grew up on Great Barrier Island. He was a student at Okiwi primary school and also did some of his high school through correspondence. Norm and his wife Fleur lived in Taranaki for 6 years, returned home to help establish the Hillary Outdoors relationship at Orama and then left for Waiheke in 2008 – returning again in 2016. In 2017 Norm joined the AFSG trust board.

Sue Thompson came to the island over three decades ago, raised a family here and has been working for the Trust since 1999, supporting all aspects of the organisations, including staff and trustees, as Administrator. She is also the Secretary of the Trust.

Kellie Cleave has been our Youth and Family Services Worker since May 2017.​ In October 2019 she became the Community Worker.

Keri Lyon became the Youth Activities Coordinator in January 2018, organising the After School Activities, weekly Mainly Music sessions for preschoolers and the popular School Holiday Programmes every term break and over summer.

There are no upcoming events.

Click or tap here to sign up for our What's Up newsletter, sent to your inbox every month by email.